Critical Inflection Point: Confronting the Changing Sales Enablement Realities That Will Shape the Future of Our Profession 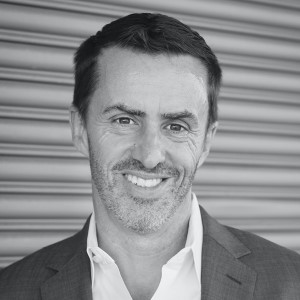 Ben Putterman began his career at Oracle Corporation running executive education. He continued to grow at Oracle, eventually running all of the company’s global internal and partner training. Wanting to learn another industry, he joined Gap to run their global learning and talent functions for Banana Republic in addition to starting up and running the company’s innovation lab.

Looking to add to his professional development, he joined the Wiseman Group as vice president of development and operations with the opportunity to run a company. In this capacity he worked with clients such as AT&T, Salesforce, and Google.

His next opportunity came from Tesla, where he was brought in to run their sales readiness function. During his time with Tesla, he served on the executive team that helped the electric vehicle company triple in size in three years and became the company’s CLO.

After working at Tesla, he joined LinkedIn as the global leader of sales enablement and learning, where he focuses on the transformation of the company’s global sales organization to respond to a rapidly changing, customer-driven selling environment.

Throughout his career and having worked across several industries, he has developed expertise in areas ranging from developing high-performing teams, sales, learning, innovation practices, customer experience, and organizational transformation.

He has remained committed to the belief that any business only goes as far as its people will take it and that people in the right conditions and with the right support can accomplish amazing things.
Outside of work, he has spent years in various volunteer pursuits including coaching competitive youth soccer, supporting the SF Opera innovation strategies, and teaching math to middle school students in several school districts.

He draws constant inspiration from his hometown of Oakland, California, where he lives with his partner Shanni, his two sons, and their dog, Carter James. 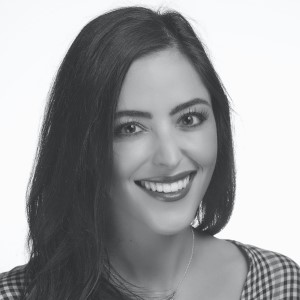 Kira Pollard-Lipkis leads sales readiness for the LinkedIn Learning business globally. Because her customers sell modern learning tools to their customers, she and her team must maintain a high bar for the learning experiences they produce. Beyond her passion for instilling a culture of learning across LinkedIn, she's a champion of the criticality coaching plays in sustaining behavior change and is currently completing her certification through the Co-Active Training Institute. Pollard-Lipkis lives in Brooklyn, New York, with her partner, where they spend their free time volunteering at animal welfare organizations. 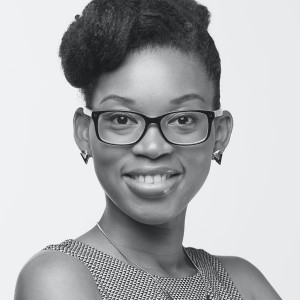 Dr. Brandi Baldwin is the founder and chief executive officer of Millennial Ventures Holdings, a leadership advising firm for startups founded by women and people of color. She's a college professor turned entrepreneur who is becoming a well-respected voice on leadership ethics; millennial engagement; diversity, equity, and inclusion; and the future of work. Her accomplishments include being appointed to Philadelphia mayor Jim Kenney's Millennial Advisory Commission, being named one of Philadelphia's Most Influential African Americans and receiving Philadelphia Business Journal's 40 Under 40 award.

She is an alumnus of Temple University, having received an undergraduate degree in psychology, a master's in organizational development, and a doctorate in educational leadership and policy. Baldwin has held teaching positions at Temple University, and most recently, she was invited to join the teaching team at the Wharton School of Business at the University of Pennsylvania. 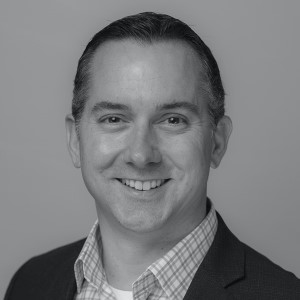 John Chinello is the Senior Director of Global Sales Enablement at Fastly, a global Content Delivery Network, with its HQ in San Francisco. John leads a team that is responsible for revenue, customer, and partner enablement, as well as revenue events. They are responsible for building and scaling multiple programs at this growing organization that is 700+ employees around the globe. John has over 15 years of experience forming and leading enablement functions at companies as well as formalizing the organization. This includes focusing on the participant experience by designing, developing and establishing engaging enablement programs ranging from onboarding, continuous learning, revenue events, and sales tools.

John has been in an enablement role across a wide range of industries, including advertising technology, real estate technology, automotive and media. He got his start working in L&D at United Airlines, and shortly after transitioned into training and enablement leadership roles at RE/MAX World Headquarters, Cars.com, Verve Mobile and Tealium.

A native Californian, John graduated from UC Santa Barbara with a degree in Law and Society and has a passion for Learning and Development, specifically supporting sales and operations teams. He moved to San Diego from Denver, Colorado 8 years ago, and is currently trying to keep up with two Mini Schnauzer puppies. He loves travel, golf, snowboarding, and photography. John has visited 47 countries for either work, or getting outside of his comfort zone. His favorite bar trick? Being able to say the alphabet backwards in about 4 seconds. 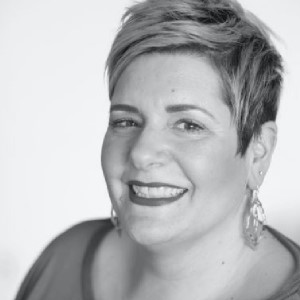 Michelle Festa began her career 20 years ago selling advertising for an expanding media company in Boston. She was quickly promoted to a position in sales management, but it wasn’t until a few years later, when she was appointed national sales trainer, that she discovered her passion for learning and development. After dedicating seven years to overhauling underperforming sales teams, she returned to what makes her tick: creating smart, repeatable processes to help individuals reach their personal and professional goals. Festa joined Justworks’s fast-growing sales team in 2018, jumpstarting the new training and enablement department as senior manager. She is currently working on two major projects: implementing a new learning management system and enabling salespeople to find their voices during the COVID-19 pandemic. 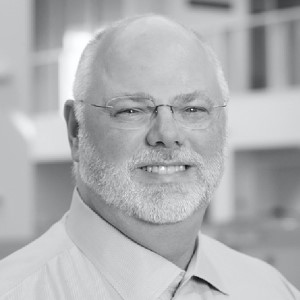 Mike Kunkle is a respected sales transformation architect and internationally recognized expert on sales training, sales effectiveness, and sales enablement.
He has spent 35 years in the sales profession and 25 years as a corporate leader or consultant, helping companies drive dramatic revenue growth through best-in-class training strategies and his proven-effective sales transformation methodologies and sales systems. At one company, as a result of six projects, he and his team enabled an accretive $398 million in revenue, year-over-year. At another, within nine months, newly hired sales reps with 120 days on the job were outperforming incumbent reps with 5 years with the company. 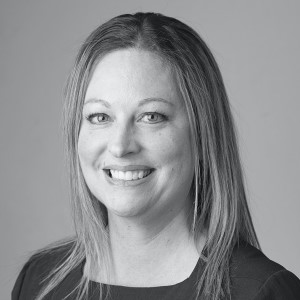 Liz McCormick is senior director, Americas Field Effectiveness at Pegasystems in Cambridge, Massachusetts, where she focuses on accelerating the performance of front-line sales managers through coaching, strategy, and practical application of sales methodologies since joining in 2015. She has more than 15 years of success representing the “voice of sales” to corporate leadership and partnering with sales leaders to utilize proven selling techniques and driving global sales enablement and effectiveness programs. Prior to joining Pegasystems, she spent nine years at Iron Mountain leading teams in sales enablement, marketing, and field effectiveness and was a session speaker at the 2017 and 2018 Sales Enablement Society National Conferences and ATD Sell conference in 2019. 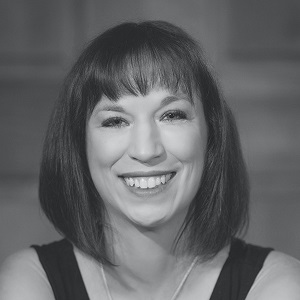 Jennifer Robinson is a sales and marketing alignment professional with more than 20 years of experience in sales, product marketing, and learning and development. Fifteen of those years have been dedicated to developing sales programs, methodology, messaging, and content. She is passionate about how the alignment among sales, marketing, and enablement can empower sales professionals with the content, programs, training, and coaching to move deals forward, increase deal size, and shorten sales cycles. Her specialty is translating complex and often technical concepts via a solid consultative selling methodology to create easily understood positioning to enable sales in street-level customer conversations. 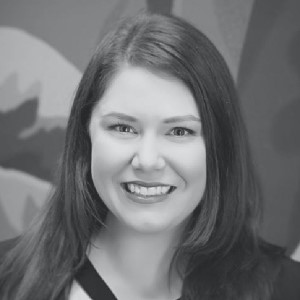 Whitney Sieck, CPLP is an accomplished revenue enablement leader with extensive experience in learning gap analysis, curriculum design and implementation, professional development consulting, project management, and process improvement initiatives. While she has a diverse background with experience in multiple industries, her passion consistently has been working with sales teams to develop skills in pipeline opportunity and relationship-building. She believes there is nothing more gratifying than seeing tangible business results impacted by training initiatives. 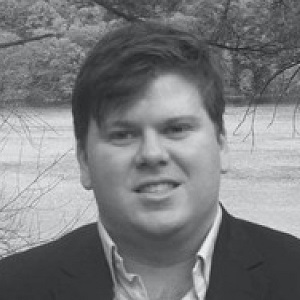 Ryan leads Qstream’s sales development team who is responsible for identifying new business and growing customers in the corporate learning and sales enablement market who are looking for innovative learning technologies that help support the needs of their business. Ryan has had much success and exponential skills in hiring, onboarding, ongoing training and development, coaching sales organizations to improve their performance and abilities to hit revenue targets and goals while building relationships and communicating effectively with customers. 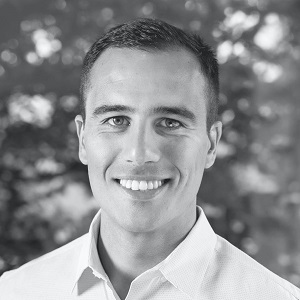 Greg is chief product officer at Brainshark. Most recently, he was in charge of product, growth, marketing and customer solutions at Rekener. Greg is a go-to-market and revenue analytics subject matter expert who has previously held leadership positions at BBN Technologies and ZeroTurnaround. He graduated from Babson College with a degree in business administration, finance and strategic management and earned an MBA at Boston College. 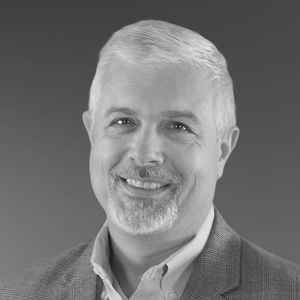 Dave Mattson is a bestselling author, sales and management thought leader, keynote speaker, and leader for sales training seminars around the world. As CEO and president of Sandler Training, he oversees the corporate direction and strategy for the company’s global operations including sales, marketing, consulting, alliances, and support. Dave has written five bestsellers about sales, sales leadership, and entrepreneurship. 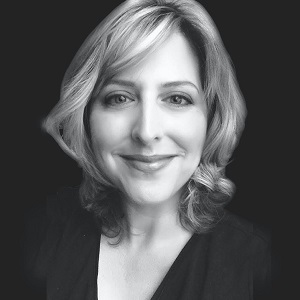 As a senior manager of community and customer engagement with Articulate, Trina Rimmer uses her many years of e-learning design and development expertise to nurture and grow the E-Learning Heroes community. Before joining Articulate, she worked as a designer, e-learning developer, and writer focused on delivering engaging, effective learning and performance solutions to various companies, from global aid organizations to Fortune 500s. 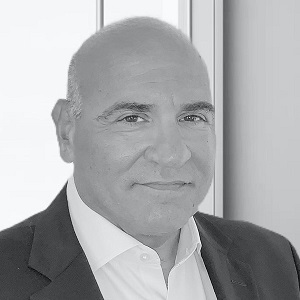 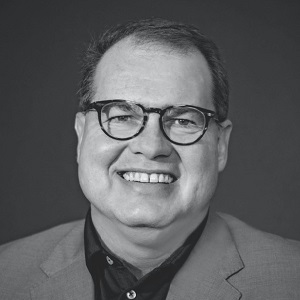 C. Lee Smith is the CEO of SalesFuel - a Columbus, Ohio-based firm that was named one of the Top 10 Sales Enablement Vendors in 2020. and Smith is also named by Selling Power as one of just 6 Leading Sales Consultants for 2020 worldwide. He is also the author of the bestselling book, "Hire Smarter, Sell More!" It helps readers increase their bottom line by avoiding toxic employees and identifying and hiring sales rainmakers. 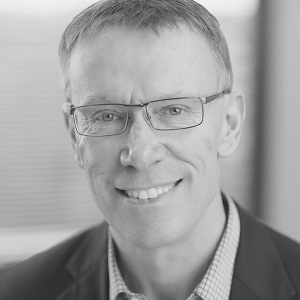 Bruce Wedderburn has 25 years of global experience in the sales performance improvement industry building, coaching and directing sales teams and distribution channels to surpass growth targets. He has a passion to create business results for clients through the successful execution of customer-led sales strategies. Prior to joining Integrity Solutions in 2016 Bruce was EVP of Enterprise Sales at MHI Global where he led the united brands in North America. He has also been a leading sales person and highly recognized sales leader for Dale Carnegie Training and Huthwaite. Originally from Australia, Bruce lives with his wife and three children in the Washington DC area. 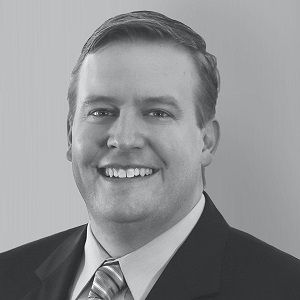 Russell Wurth is the Vice President of Worldwide Sales Enablement at Showpad, overseeing enablement of the company’s revenue team as well as providing guidance and support to Showpad customers. An experienced sales and marketing executive, Russell has held leadership roles at Optiv, Cylance and Netskope, in addition to prior experience at both startups and large telecom enterprises. At Optiv, he established and led a solutions management team supporting sales enablement and marketing that helped achieve 400% revenue growth within six years. 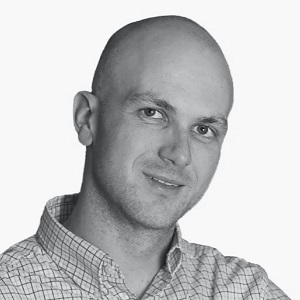 Doug brings a background that includes sales, marketing, sales training, and sales enablement roles in industrial business-to-business markets. Since joining the company, he has worked closely with clients to deliver strategies, tools, and training solutions that drive profitable growth. 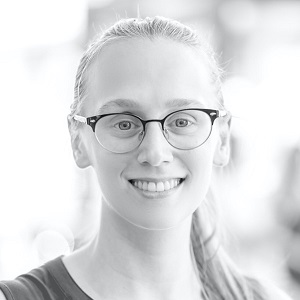 Emily Ullberg, director of global projects at UMU, specializes in helping clients transform event-based training into ecosystems of continuous learning. She has spent portions of her career designing and implementing learning and performance strategies for respected global organizations, including Ford Motor Company, Procter & Gamble, and Pfizer.

Thank You To Our Sponsors 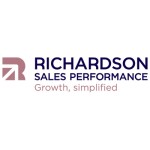 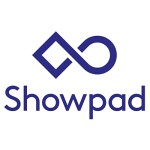 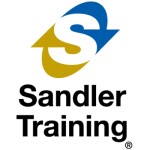 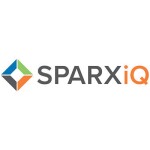 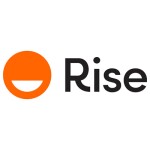 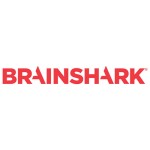